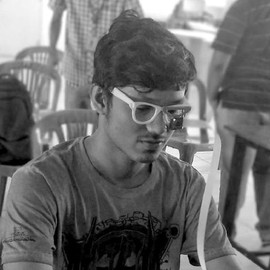 Hey there, I am a MSc student at the University of Alberta working on Reinforcement Learning and Artificial Intelligence. I am currently co-supervised by Adam White and Marlos Machado; and affliated with RLAI Lab and Alberta Machine Intelligence Institute (Amii). My long term research goal is to define and understand the computational principles behind Intelligence.

My current MSc research is centered around understanding how an agent in a complex environment perceives a stream of observations. In a real-world setting an agent’s immediate observation is not very informative (non Markovian), and the true-state of the world is always mammoth compared to the agent. In my research, I’m exploring how an agent can build short and long-term memories from a stream of observations which can then be used to generate an agent’s perception at a given time (an approximate Markov-state). The agent then uses its immediate perception for prediction or control.

Previously I had worked with IBM Cloud as an ML Engineer and also collaborated with IBM Research over various research projects in representation learning and Deep Learning. I’m also an avid coder, and have experience in deployment of several machine learning algorithms at scale in IBM and Kone.